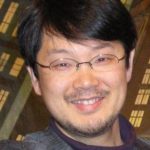 Ruby was created in 1995, which is about twenty-six years ago, by Yukihiro Matsumoto.

So an object is? Well if it is to go into this direction of thought, anything is an object. To understand the object concept furthermore, just try describing the things that you encounter. 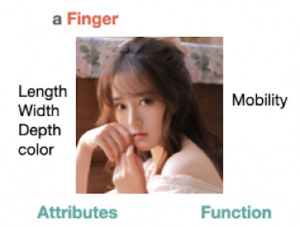 So for example, you have a finger, a finger has a length, it has a color, it has width, a depth, all of these are your finger properties or attributes, additionally a finger has a mobility, or a movement function, which is just one of the functions that a finger can do .

Ruby is not only object oriented, but is imperative, reflective, and functional.

Imperative as in the computer doing exactly what it is told to do, so it is just executing your commands, reflective as in introspection can be performed on a piece of code, so as in discovering its defined functions, and attributes, and also modifying its behavior dynamically, as in to get certain functions out of it, functional as in I am designing functions to perform certain tasks.

So having understood, what we can expect from ruby, which is having the ability to write imperative, functional, OOP, and reflective programs, you might ask, is anybody actually using ruby? 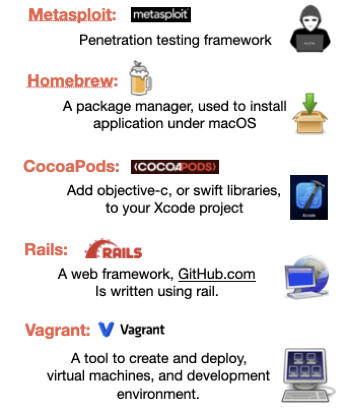 So ruby is actually mainly used for scripting purposes, and as part of ruby’s evolution, there are multiple ruby’s versions, so nowadays, what is still maintained, is the version 2.7, and 3.0, where 3.0 is backward compatible with 2.7.

Ruby versioning can be understood as follows, the first number is the MAJOR version number, so this number is reserved for special events, and is increased on incompatible changes, which can not be released in MINOR.

The second number is the MINOR version, it may or may not be API incompatible, and it is released every Christmas.

The third number is the TEENY version, it means API compatibility is maintained, and security and bug fixes are being released, this happens every two to three months.

The last number is the PATCH, which is the number of commits, since the last MINOR release.

API compatibility means, that your code can run without further changes, on different versions of ruby.

With the advent of ruby 2.6, ruby had what is called a just in time compiler, so basically, code which is being used a lot by your program, is compiled into CPU instructions, when the interpreter assesses it must be so, hence part of the code is interpreted, and another part can be compiled and executed by the CPU. 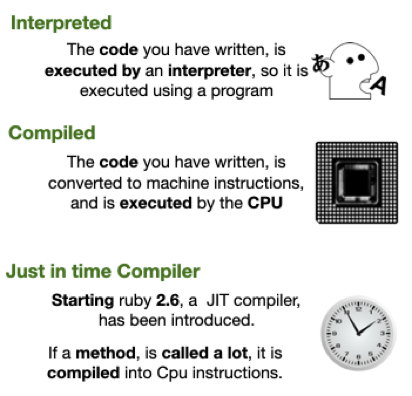 The aim of introducing a just in time compiler, was to have better performance, while keeping the option of having an interpreted language.

The advantages of an interpreted language, is for example, your program can be directly executed, so you can directly assess your code, whereas for a compiled language, and depending on the complexity and size of a program, sometimes you have to wait a lot of time, before being able to execute your code.

If you want to check the popularity of ruby, there are multiple sites, that can be used to check programming languages popularity, as of the time of writing this article: