What is a character in python ?

For example the Unicode point U+0000 represents the null character. 0000 is written in hexadecimal , it has a decimal and a hexadecimal value of 0 . 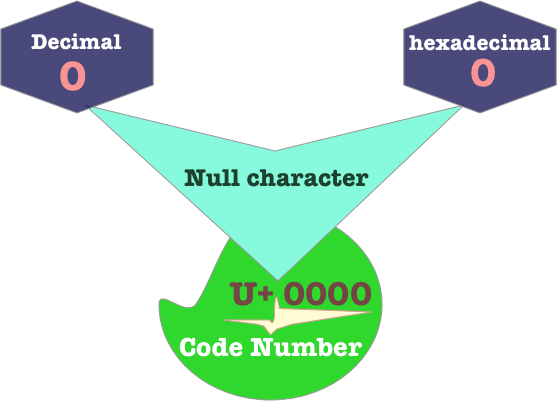 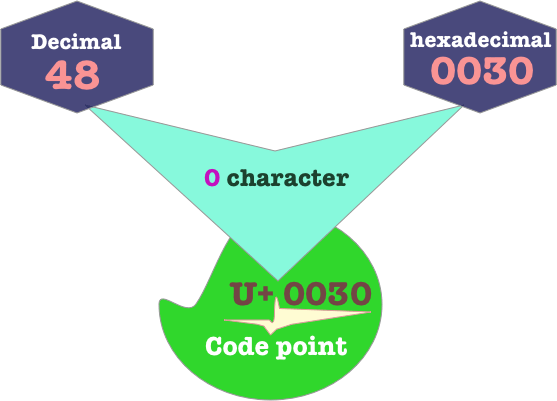 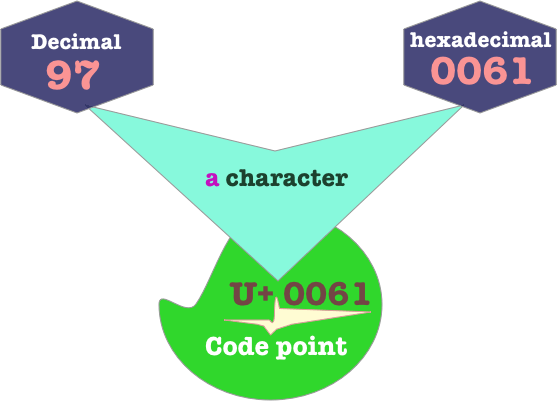 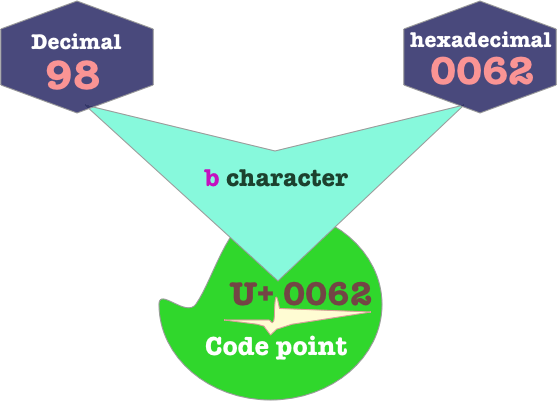 We can use the ord (character) function to get a character Unicode code point decimal value . So we will get the hexadecimal number in U+hex_number expressed in decimal .

We can use the hex(ord (character)) function to get a character Unicode code point hexadecimal value . So to get the hex number in U+hex_number .

Characters that have a glyph or a symbol , can be represented in python by using a single , double or triple quote enclosing their glyph or symbol. The quotes must contain only one character . If they contain more than one character we will have a string .

In this example we have the characters a , b , and c which are represented using their glyph or symbols a b c .

An escape sequence is enclosed in single , double or triple quotes , and it starts with the backslash character .

we may need an escape sequence either for :

Or we can precede the string containing an escape sequence by an r –raw –. This has the same effect of preceding every backslash with another one , so we are escaping all the escape sequences .

Representing characters in python by using \u \U \x

The 𐅖 character has a unicode code point of U+10156 , its hexadecimal number is larger than 0xff_ff , hence it can only represented by using \U .

For example the letter ÿ , has a code point of U+00FF , its hexadecimal number is FF which is 377 in octal as such we can represent it by using the octal escape sequence \377 .

The unicodeData file contain the properties of the unicode characters .

We can also use the unicodedata module to get the unicode properties of a character .

So if we want to write a character using its unicode character name , we can do it like this .

A character has a Unicode code point. Its code point is formed of U+hex_number. The hexadecimal number has a min value of 0 , and a max value of 0x10_ff_ff and it has a max length of 21 bits .

Encoding is how we are going to represent these 21 bits in computer. There are three encoding schemes , and they are 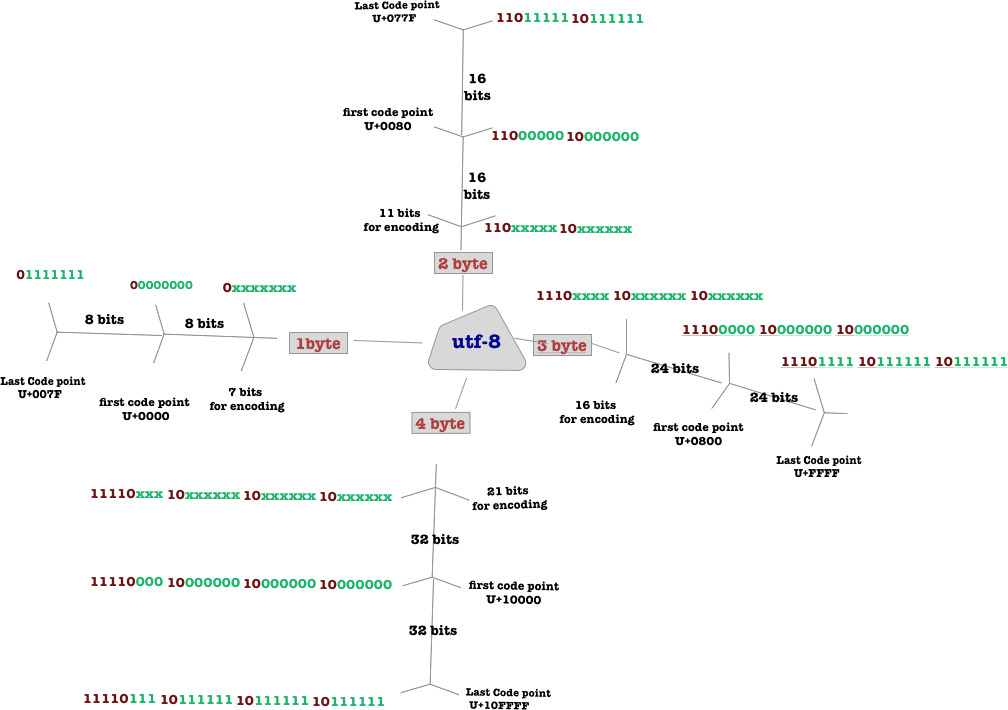 ASCII stands for American standard code for information interchange . It is an encoding of characters by using only 7 bits . It has a min value of 0 and a max value of 127 . The encoding is done on a byte , as such the first bit is always 0. ASCII encoding and Unicode code points between 0 and 127 are the same . 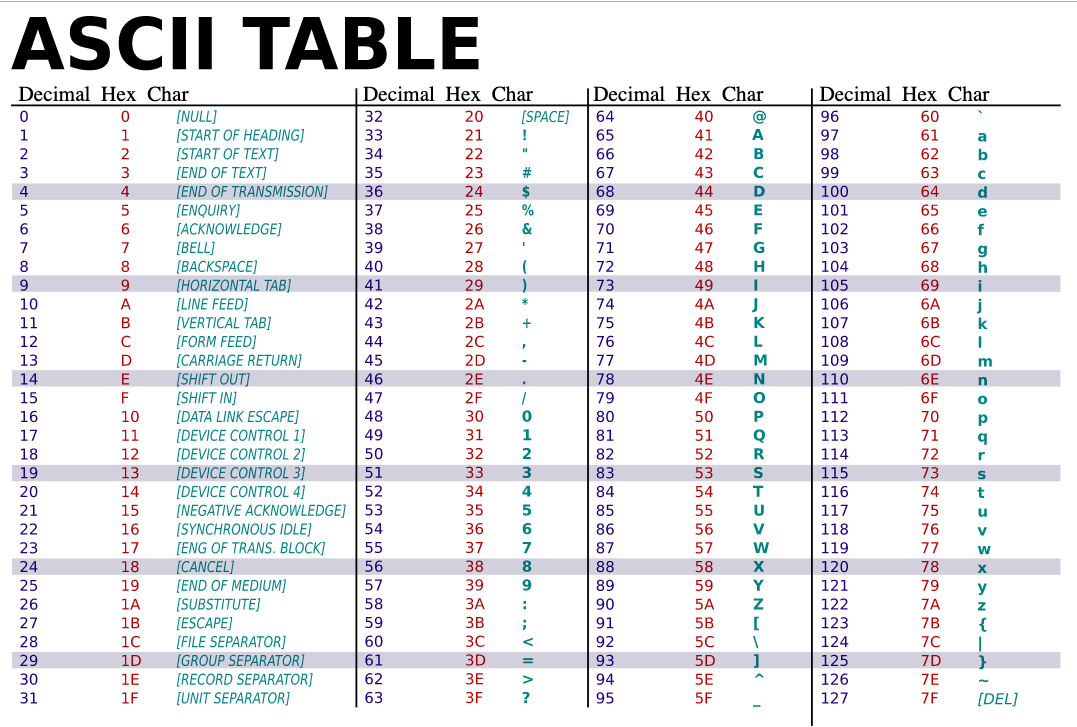