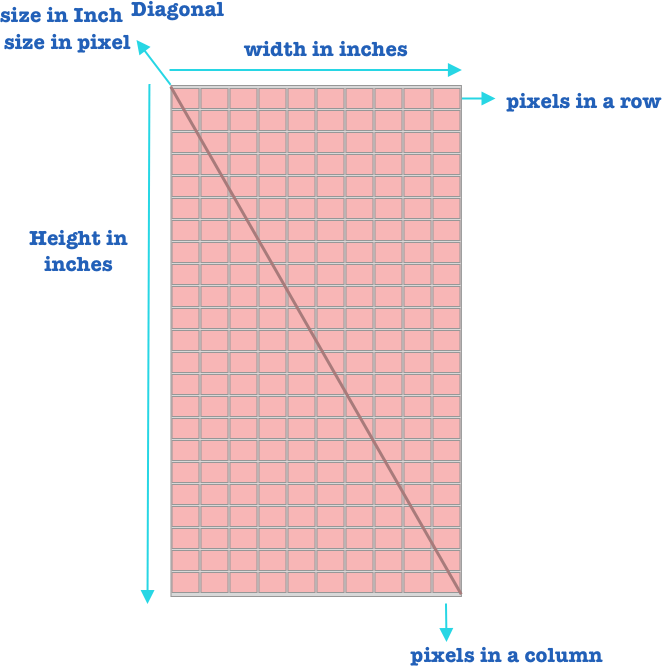 What is Screen size ?

so for example if a smartphone has a width of 2.5 inches and a height of 4.4 inches , we can get the screen size in inches of this smartphone by using the pythagorean theorem .

A screen has also a number of pixels in it . the pixel can be measured on the width and on the height of the screen . So for example , A smartphone which has a width of 2.5 inches and a height of 4.4 inches , can have on each row 1080 pixels and on each column 1920 pixels , as such it will have a width and height in pixels of 1080px by 1920px.

What is Screen density ?

The screen density is the number of pixels per inch , we can calculate the density by using one of these three formulas :

Screen density is measured in ppi , pixel per inch , but sometimes we also use the notation dpi , which is dots per inch , this is the same thing .

What is Aspect Ratio ?

So as we see in the previous picture when the aspect ratio is 4:3 , the screen or image will look more squared . When it is 3:2 , it is more , but not yet , rectangular . When it is larger than 3:2, it becomes more and more rectangular.

Also , as we see in the previous picture when the screens or images have the same width , a screen with a larger aspect ratio , has a bigger height , and it can contain a screen or image with smaller aspect ratio . 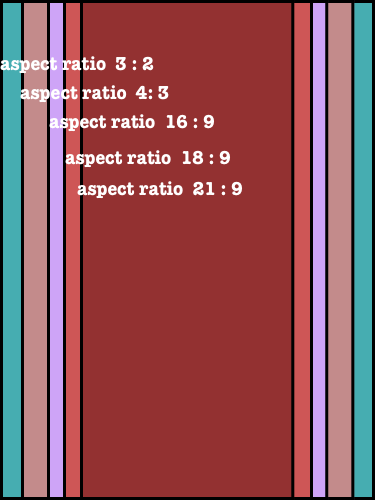 What is screen orientation ?

we have two screens orientation for a smartphone : 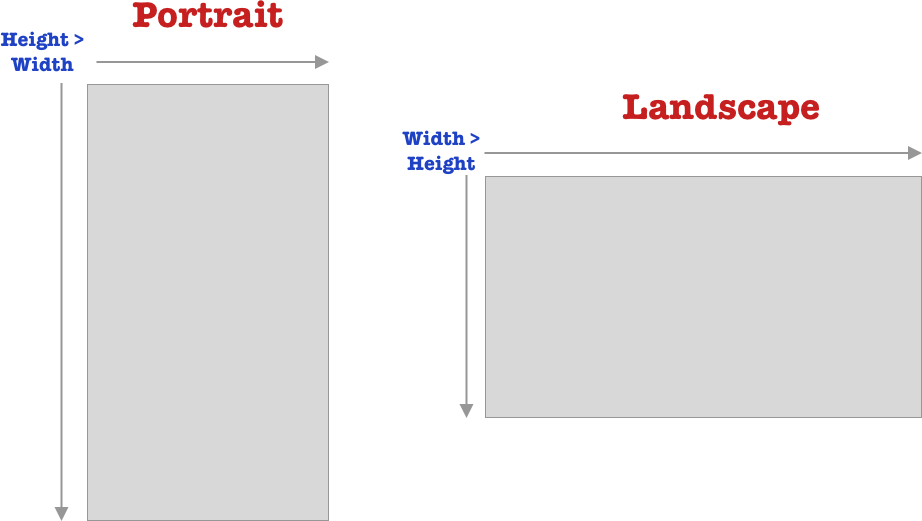 This is an example of various devices screen measurement

What does different screen densities mean ? 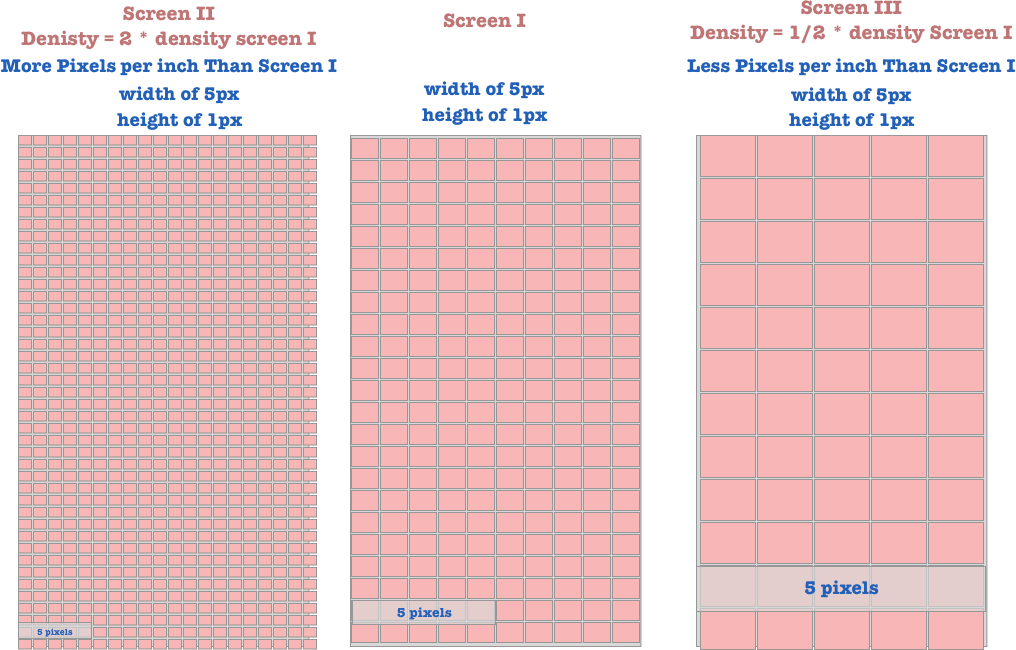 What is DP (Density Pixel or Density Independent Pixel)

A density pixel is a way to measure which is dependent on the density of the screen , and indepent of the pixels . On various screen densities , 1 dp is equal to a various number of pixels , but on all screens 1dp is always equal to 1 dp .

One pixel is defined to be equal to one dp , density (independent) pixel ,on a screen density of 160 ppi.

To explain this more , when one screen is double in density of another one , this mean that the other one is half the density of the first . This can only happen in one of these three cases

So to convert from dp to pixel , we can use the following formula

And to convert from pixels on a given screen density , to dp , we can just apply the formula. 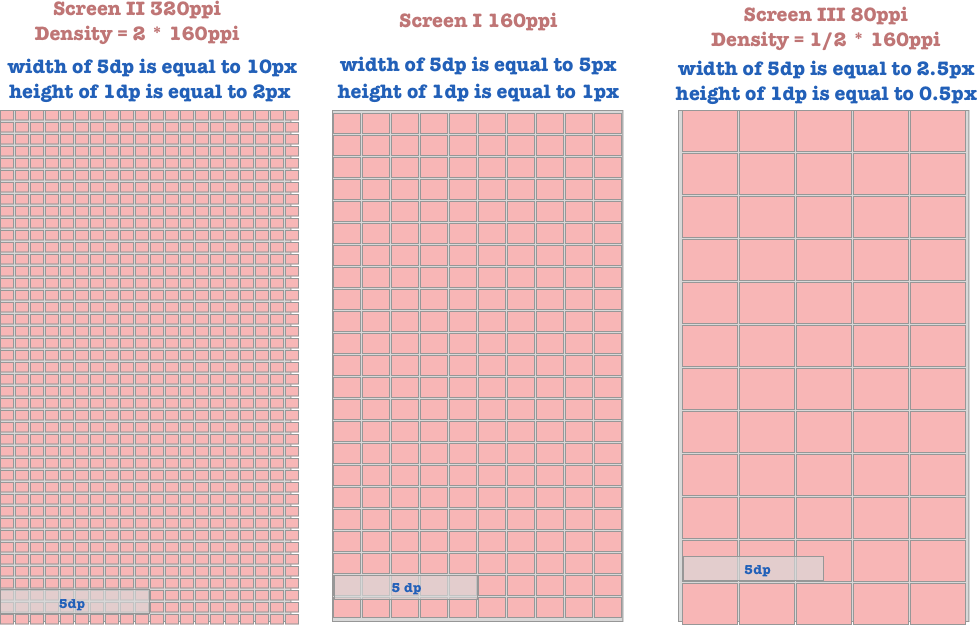 Android group density ranges in categories , and for each category it gives a name , a qualifier , and a density which represent this category . 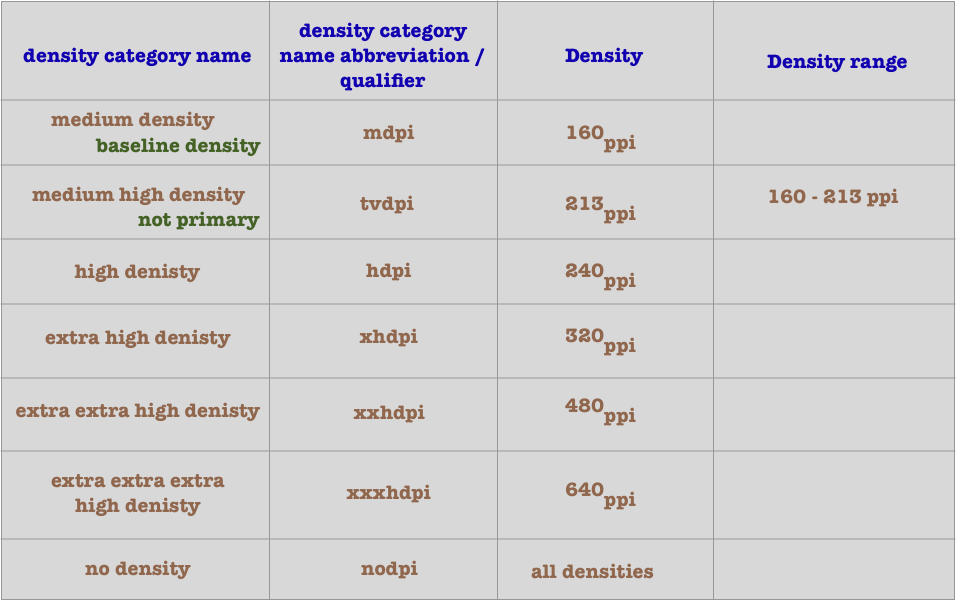 For example we have the medium high density , which has a qualifier of tvdpi . This is not a primary screen density category , and we shouldn’t use this category when designing for android. tvdpi has a range between 160ppi and 213 ppi , so android phones which have densities in this range will fall in this category , and they will be considered as having a density of 213 ppi . tvdpi density is used for tv .

If we calculate its density using the formula :

we will find that it has a density of 2203 / 5.2 ~ 424 ppi . This phone is considered to be in the extra extra high density category by its manufacturer , as such it is is in the xxhdpi category, which has a density of 480 dpi. This density is three times the medium density , mdpi , which is the baseline density .

1 dp is considered to be 1 dp on all screen densities , but it has a different number of pixels on screen with different densities . As we have seen we can calculate how much a dp is in pixel by using the formula

This is a table which list the various ratio of various screen categories , and how to convert from 1dp to 1 px and from 1px to 1 dp .

What is SP (Scale Pixel or Scale Independent Pixel)

SP stands for scale pixel , or it can also mean scale independent pixel . SP is like DP , so for different screen densities 1 sp will have a different number of pixels. SP is also affected by the user set font size , which can be small , normal , large or huge . 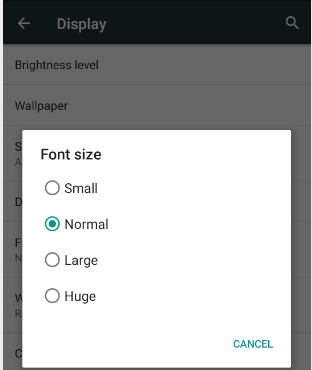 The formula for converting from sp to pixel is the following :

This is a table , that convert from sp to pixels for various screen densities , and when the font size is small , normal , large and huge .

To convert from SP to DP , the formula is the following

This is a table to convert from sp to dp and from dp to sp , when the font size is small , normal , large and huge . 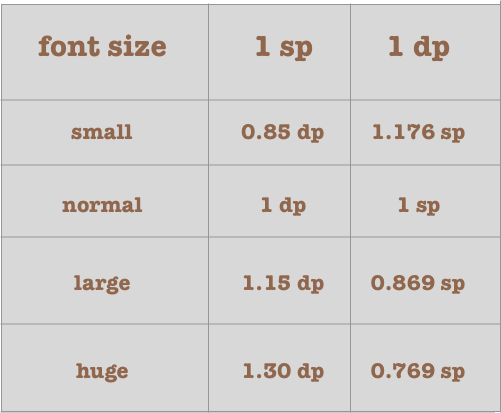 An example of text measured in sp and dp , for various font size

In this example , we have some text views where the size of the text is specified both in sp and in dp . The size is equal to 23 [dp|sp] for the title , and 16 [dp|sp] for the paragraph . When the font size is normal or default, they will look the same . 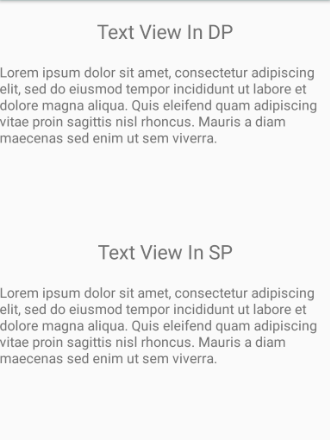 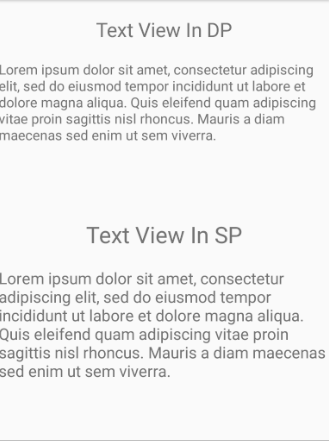 And when the user change the font and set it to small , the font size in sp will look smaller. 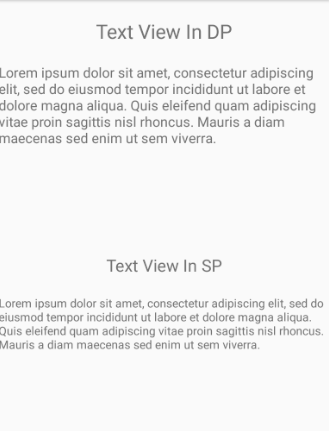 Android group screen sizes’ range in categories , and for each category it gives a name and a qualifier . 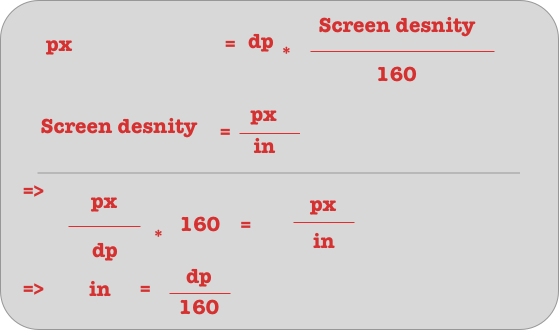 or we can use this formula .

There are two orientations for a screen , they are landscape and portrait . Android provide qualifiers for both of these orientation .

Aspect ratio is the ratio of the largest side to the smallest one . There are two aspect ratio categories in android , they are long and not long . Android provides qualifier for both of these categories .

What is the use of the screen categories or qualifiers ?

When designing for various smartphone in android , we can provide resource for each smartphone using the screen categories .

We can use the screen density categories when designing for various densities . As such we can provide various resources like drawables for various densities categories . If a phone density falls within this category , the drawable or resource that is provided is used , if it doesn’t android will scale the resource or drawable from the closest density category that is available . 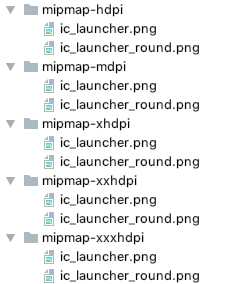 To use a qualifier , we just append to the folder name the qualifier name . In this example we have provided an icon for our application for various screen densities.

By default , if we don’t specify in which category density a resource is , it is added to the baseline category , which is mdpi .

Screen size categories are used when designing for various screen sizes .Usually we want to provide a different layout when the screen size is a larger or smaller . This is done by adding the size qualifier to the resource folder name .

No autosizing is performed for various screen size categories . The resources are only used starting the screen size qualifier that is provided .

if we provide resources for larger screen size , they will not be scaled down , and as such the application will crash when run on smaller screen size .

Usually we want to provide various layout when the orientation of the smartphone change . We can use the port and land qualifier to design for various screen orientations , and provide various resources based on various orientations . This can be done by adding the land or port to the resource folder name .

By default when designing , we are designing for portrait mode , and this design will be used when the phone is in landscape mode .